We will have a workshop on “Visual Representations of Femininities and Masculinities: The Balkans and South Caucasus in the Digital Age” at University of Graz on March, 12-13. For more information and the full program please click here.

Join us if you happen to be in Graz!

We are thrilled to announce that the second KEAC-BSR-book “Institution Building and Research under Foreign Domination. Europe and the Black Sea Region (early 19th – early 20th centuries)”, edited by Iakovos D. Michailidis and Giorgos Antoniou, has just been published with Epikentro. Please follow this link for more information and the open access e-book! 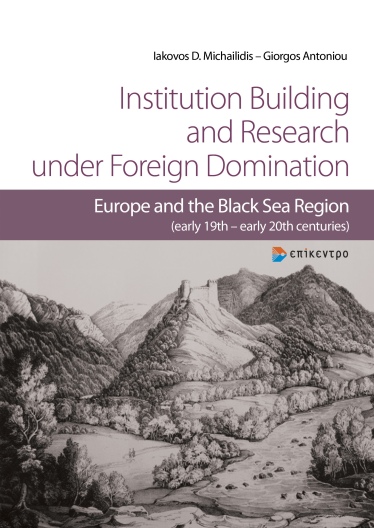 Four more days to submit your proposal to our next conference on “Knowledge and Ideological Frontlines. Europe and the Black Sea Region after WW II” at SWU Blagoevgrad (23.-24. April 2020). You can find the full CfP here.

We will take our project to Blagoevgrad next April (23.-24.) when we have the opportunity to discuss “Knowledge and Ideological Frontlines. Europe and the Black Sea Region after WW II.” The call for papers is online and we are already looking forward to receiving your proposals! 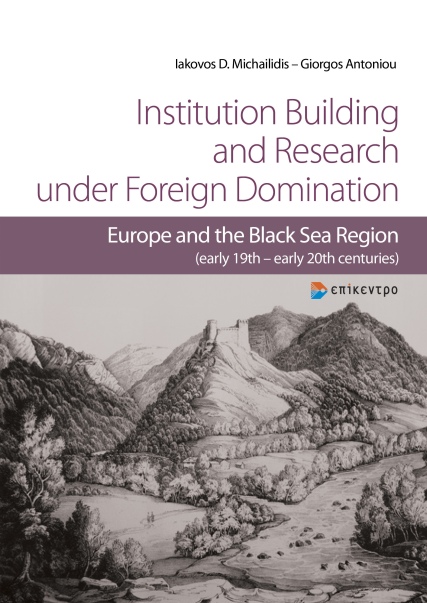 Thank you Odessa for providing us with the ideal platform to engage in lively discussions on (in-)dependent academic cultures in the turbulent interwar Black Sea Region. Lots of questions raised rather than answered but we’re looking forward to building on newly acquired insights when taking on our next work package and “Ideological frontlines: WW II and Soviet hegemony” 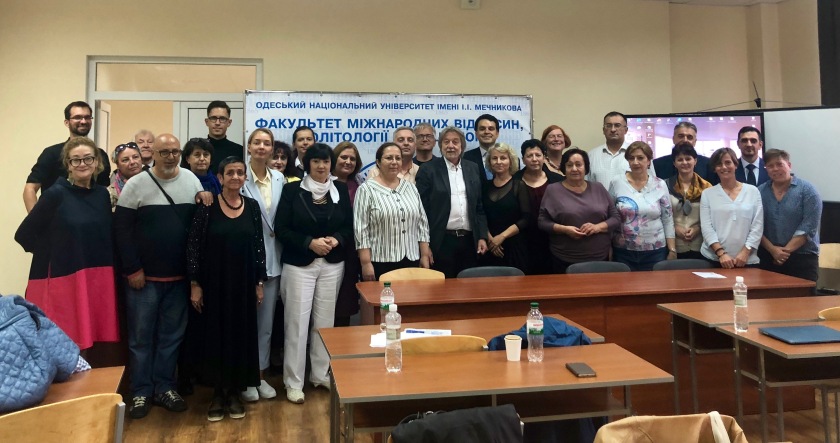 We are looking forward to going to Odessa next weekend for debates on “Dependency and Independency of Academic Cultures in the Interwar Black Sea Region.” This conference will cap our project’s fourth work package and takes place at Odessa I. I. Mechnikov National University (4.-5.10.2019). The full program and the book of abstracts are available here. 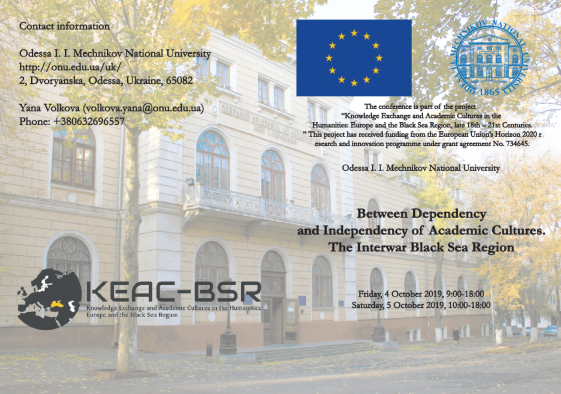 We are happy to announce a new publication: The Beginnings of Macedonian Academic Research and Institution Building (19th – early 20th century), edited by Biljana Ristovska-Josifovska and Dragi Ǵorgiev, is the result of the INH Skopje-team’s work on knowledge exchange in the framework of our project’s first two work packages. You may find more information as well as the full e-book here.

CfP: Less than four weeks until the deadline on June, 15th. Make sure to join us in Odessa for our next conference on “The Interwar Black Sea Region. Between Dependency and Independency of Academic Cultures”.

Our next (and fourth) conference “Between Dependency and Independency of Academic Cultures. The Interwar Black Sea Region” will take place at Odessa I.I. Mechnikov National University on 4-5 October 2019. The full call for papers is available here. We are looking forward to receiving your proposals!

The conference seeks to open the floor for debates on forms of knowledge exchange and academic cultures within the BSR and beyond in the interwar period. It aims at investigating the interrelations of the geopolitical transformation of the BSR after WW I and knowledge and cultural exchanges between and within the region and Western Europe in a time of complex imperial and post-imperial relations. This complexity was established, among others, by the results of WWI and the wars immediately after, by the establishment of the League of Nations, the influence of the European Great Powers on international scientific and cultural exchange processes, the establishment of new scientific fields such as the study of races and eugenics, and the increasing inclusion of women in national as well as international research programs. The role of the League of Nations has to be underlined because of its efforts to include scientific exchange to the establishment of a new blueprint for lasting peace in Europe and in the world. Beyond that, the role of Germany has to be emphasized. The country and its former allies (Austria, Hungary, Turkey, and Bulgaria) was banned from attending international conferences and was excluded from the exchange of scholars and students. However, Germany regained cultural, economic and political power in the region after the ban was lifted and the Great Depression brought the countries of the region close to (Nazi-)Germany. Besides Germany, especially France, but also Great Britain and Italy, belonged to the big players in international scientific exchange. We have also to take into consideration that also the Soviet Union for years was banned from international scientific exchange by the League of Nations with long lasting impacts on the empire’s scientific culture.

We invite to discuss the complex interrelations between science on a macro and micro level, where exchange can become complicated even within a single department if it comes to negotiation processes or conflicts about the hegemony of scholars and concepts in a certain discipline. This complexity multiplies if it comes to interactions with additional elements of the micro level and the macro level. Because of a new quality of dense communication in the 20th century, interactions between the two levels have become intensive at the stage of investigation. Current research emphasizes a plurality of macro-historical and micro-historical transfer and interaction processes. Therefore, the question comes into foreground whether the exchange of knowledge and science can be delimited at all from general cultural exchange processes, including fashion, music, and cinema for instance, and theories. Does the exchange of knowledge in science merely constitute a subgroup of more general cultural exchange or does it have unique features?