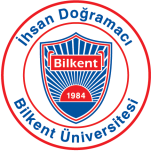 Bilkent University – the first private, nonprofit university in Turkey – was founded on October 20, 1984, by Professor İhsan Doğramacı, M.D., with the fundamental aim of creating a center of excellence in higher education and research. The name “Bilkent” exemplifies this aim, since it is an acronym of “bilim kenti”: Turkish for “city of learning and science.” The faculty is comprised of an academic staff from around 40 different countries. Most of them were working in prominent universities in North America and Europe when they received offers from Bilkent University. According to ISI Citation Indexes, Bilkent ranks high in Turkey and internationally in number of published papers per faculty member.

Bilkent University has been ranked 41st in the Times Higher Education BRICS & Emerging Economies Rankings for 2016. The THE BRICS & Emerging Economies Rankings include institutions from the 48 countries classified as emerging economies (advanced and secondary) or “frontier economies” by FTSE. Institutions from 35 of these countries appear among the top 200 for 2016.